By Anna Von Reitz Oh, yes, there ARE military members ready and waiting —- for Trump, who they recognize as the “President” of the corporation they work for.  Unfortunately, Mr. Trump appears to be more into the politics and “narrative building” than any practical action.   They were going to take over our “vacant” American Federal […]

Update on “U.S. Military” Situation and The Great Fraud

✅ In a recent WEF video, they admit that they have “failed miserably” (= their exact words!) with the attempt to vaccinate the entire world population.

✅ They are failing in the attempt to suppress truth. All their attempts to censor the voice of truth only results in truth becoming more powerful than ever before.

✅ They are failing with monkeypox. Despite their attempts to tell the world there is another pandemic, nobody even takes notice.

✅ They fail in their attempts to destroy Russia, that is busy taking out one of their main headquarters in Ukraine.

✅ They fail in suppressing patriots worldwide. There are more patriots today than ever before in history, who fight hard to preserve the rights and freedoms of the people!

✅ They fail in keeping election fraud a secret. More than ever, their strategy to position corrupt politicians in governments, is being exposed, and this will only increase.

✅ They are failing in their media monopoly, which is literally beginning to crumble. Viewership of mainstream media is at an all time low, and they even openly admit that the public no longer trusts them. New media are emerging worldwide.

✅ They are failing in the pharmaceutical world, where their corruption is more exposed than ever. Millions of health care workers know – for the first time in their life – that Big Pharma is a criminal cartel.

✅ They are failing with their LGBTQA+ agenda, as countless parents are rising up fiercely to oppose their attempts to desire the identity of children worldwide.

✅ They are failing with their climate change hoax, as numerous scientists are speaking out against this massive lie, and powerful documentaries are being released to expose how the weather and climate are in fact manipulated by these criminals.

And they are failing in many other areas…

They are digging their own grave! Everything they do exposes them even more.

Keep revealing truth! Keep praying. Don’t give up. The breakthrough is happening and it will only get bigger. The world is waking up and that awakening has only just begun!

If possible, please support us with a generous donation so we can continue our critical mission. Thank you!

StopWorldControl.com is a ministry by Hope for Humanity. Our goal is to build a better world, by bringing truth and hope to people in every nation. Therefore we provide a platform for world leading scientists, lawyers, physicians, journalists and other experts that reveal critical information that humanity needs to be aware of. We reveal criminal activity and corruption in the high levels of our society, so the people can defend themselves against these criminal practices, and build a better world together. David Sorensen is the founder of Hope for Humanity and StopWorldControl.com David is a strong believer in a loving Creator who has a beautiful plan for our world, and who wants to fill us with love that overcomes evil.

If you no longer want to receive our messages, then you can use the link above, or use the following link: Unsubscribe Be kind when leaving feedback. Don’t lash back at us. The world needs love, not hate. 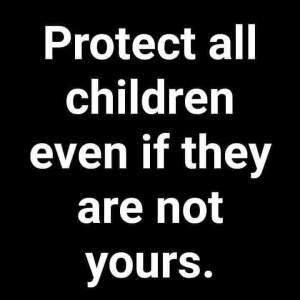